What is the Brightest LED Strip in the Market?

How Are LED Strip Lights Made? 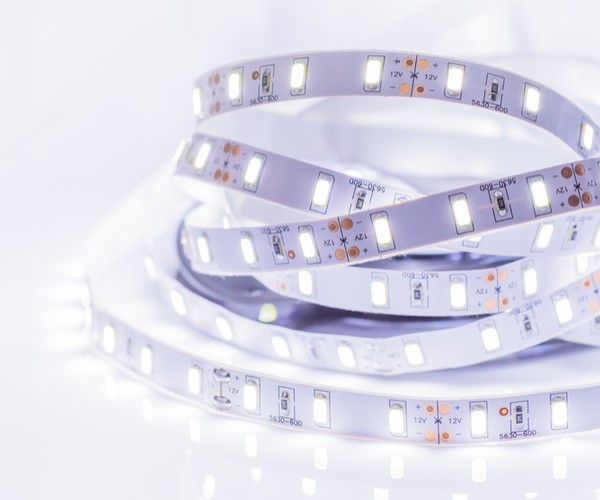 You can change the mood and atmosphere of any space by playing with the brightness of its lights. LED lighting technology can help you do that and more.

LED light strips don’t just offer variety, they are also the most efficient form of lighting. Take a look at the chart below to see how LEDs compare to CFL (Compact Fluorescent) and Incandescent bulbs

As you can see, LEDs require less power to provide the same level of brightness as CFL or incandescent bulbs.

What is the Brightest LED Strip Light? 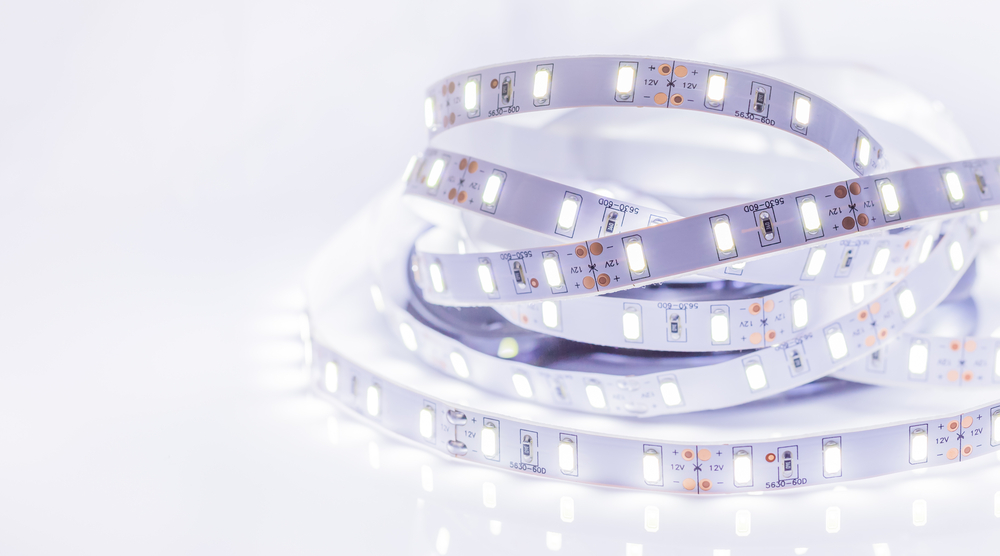 Technically the brightest LED strips belong to the SMD 5730 series. But what does that mean exactly?

SMD (Surface Mounted) 5730 series is the brightest LED strip because it contains powerful LEDs that can create a lot of light.

It is important to note here that comparing one LED strip series to the other is like comparing apples to oranges. This is because you can make an LED strip as bright or dim as you want by changing the number of LEDs per strip and the distance between two LEDs on the strip.

Our brightest LED strip series is the 3020 Super Bright Strip. With 120 LEDs per meter and a power draw of 19.2 W/meter, this LED strip gives off the brightest light while still being efficient.

Do You Really Need the Brightest LED Strip Light?

Have you ever seen a football match in a stadium? The field in the center is surrounded by high-power floodlights illuminating it from every angle. While a sprinkling of smaller floodlights face the bottom bleachers. The top bleachers are illuminated by whatever diffused light reaches them from all the other floodlights in the stadium.

Now imagine the entire stadium being lit by high-power floodlights. Not a pretty picture is it? Not only will that take away from the impact of the stadium, but it will also make it difficult for you to focus on the game.

That same principle applies to your lighting needs. You don’t need the brightest LED light strips for accent lighting in your living room or office. The same is true for task lighting in offices and public places like hotel lobbies and restaurants. 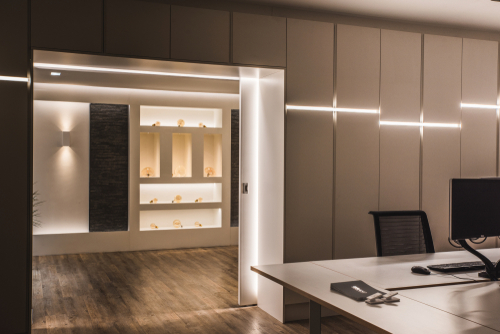 Elevators, staircases, and bathrooms can be easily illuminated using LED light strips that offer medium level white light. In this case, the color of the light will make these areas look brighter.

How is LED Brightness Measured?

One of the first things you need to consider before buying LED strip lights is their brightness. Choosing the right brightness is essential because it will determine the overall look of your residential, commercial, industrial space or vehicle.

The most common metric used to measure LED brightness is Lumens. Lumens are a measure of the total light produced by a LED. Derived from “luminous flux”, Lumens are calculated by placing a LED inside a sealed, reflective sphere. The light from the LED is then bounced around the sphere to calculate the flux of the bounce at one point. The Lumen is then calculated based on the size of the sphere. This is why higher power LEDs are called “high-flux.”

Lumens are used to judge the brightness of a LED strip. The greater the Lumens, the brighter the light emitted by the LED light strip. The Lumen rating is usually indicated with a number followed by the letters “lm.”

It is important to note that the Lumen rating in isolation may not give you an exact measure of the brightness of the LED light. You need to ask the following questions as well:

We use Lumens to measure the brightness of LED lights. Meanwhile, we use Watts to measure how much power they will draw. It’s important to note that power alone doesn’t indicate how bright the LED will be. Take a look at this comparison chart to see what we mean:

You can use this chart when transitioning from incandescent to LED lighting. For example, if you were using a 75 W bulb in your room, you can replace it with a 1100 lm LED light without compromising on the brightness. The chart also tells you how much energy you’ll be saving by using LED light strips.

Lux is a lesser used metric for measuring LED brightness. Lux measures how much a light source illuminates an object or workspace placed one meter away from the light source. In other words, Lux measures the number of lumens per square meter.

Lux tells you the amount of luminance your LED light strip will produce. This helps you understand how much light you will actually see in a room or vehicle illuminated by LED strips. In addition to the light source, lux value also depends on the degree of reflection that will occur in any space.

This metric is useful when you are lighting a large space like a warehouse or a large room with lots of furniture. It is also great for measuring the efficacy of LED light strips used in vehicles like cars and airplanes.

What to Consider Before Choosing the Brightness of LED Strip? 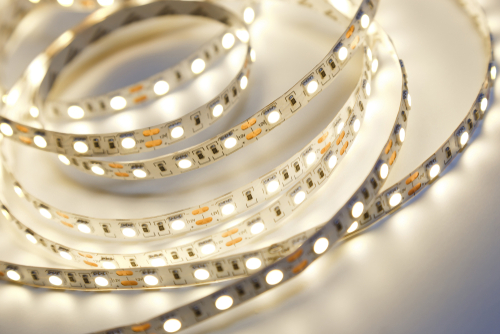 Now that you know how to measure the brightness of a LED strip set, let’s take a look at the factors you need to consider before you buy the brightest LED strip.

The length, shape, color, and brightness of an LED light strip depend on its use. The first step to deciding the brightness of a light strip is to determine its application. For example, a bathroom is a place where we can enjoy our shower time and relax after a long day of work. Nice bathroom design will bring us a good mood when taking a shower. LED light strip in the bathroom can not only provide us with good lighting but also can be a nice decoration in the bathroom.

Another consideration is whether you’ll be installing the LED strip indoor or outdoor. The total area and type of space are also important. For example, colored LED strips for signage will require different brightness than white-light LED strips for illuminating a mirror.

Determining the brightness of LED strips also depends on the color of the lighting you want. Bright warm colored LED strips will look different than bright cool colored ones. Deciding the kind of effect you want will help you choose the right brightness of LED lights. For example, if you succeed to create a pastoral atmosphere with the right lights, you would marvel at the effect of lights and think of those amazing quotes for plant lovers spontaneously.

The brightness of LED light strips depends on a number of factors. Read on to find out how these factors affect LED strip brightness and how to find the right LED strip for your needs.

To determine the luminosity of each LED emitter, check its lux rating. This will tell you how bright the light produced will be as compared to natural light. Lumen and lux combined will give you a better idea of the brightness you can achieve from a LED light strip.

You can choose to make your space look as bright as you like. But here is a guide that will help you choose the right LED strip:

LED pitch indicates the distance between two LEDs on a strip. A greater pitch means there will be visible hotspots and dark spots in the strip making the light look more diffused. Take a look at the table below to see how you can use LED density to determine brightness.

Another factor that affects LED brightness and longevity is to determine if individual LEDs are being overdriven. You can check this by dividing the LED wattage per foot by the strip density per foot. The individual LEDs should not be driven for more than 0.2 W each.

The LED strip length also determines its brightness. Sometimes if the distance between the LED light strip and the power source is greater than 20 ft, a phenomenon called Voltage Drop occurs. The section of the LED strip that is furthest from the power source, gives off more diffused light than the rest of the strip. It may even flicker and die down completely.

To remedy this you need to do the following:

The brightest LED strip light depends on a lot of factors including its intended use, color, efficiency, ease of use, and your budget. Have a unique space you want to light? We can make customized LED strips that will help you brighten any space. If you’re looking for efficient, bright, and high-quality LED light strips, you can count on Elstar. 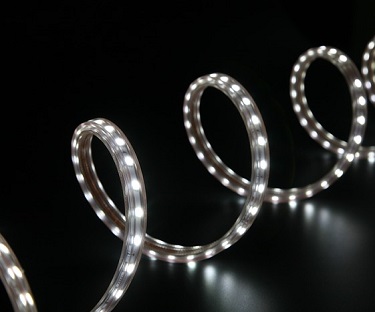 What Are the Different Types of LED Strip Light? 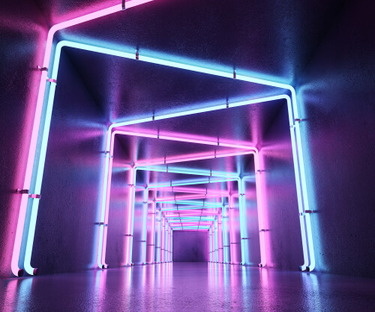 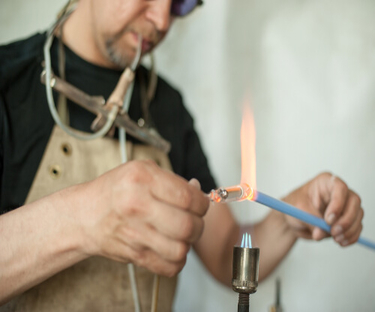 How to Replace Neon Lights With LED Neon Rope Lights?