What is COB LED Strip 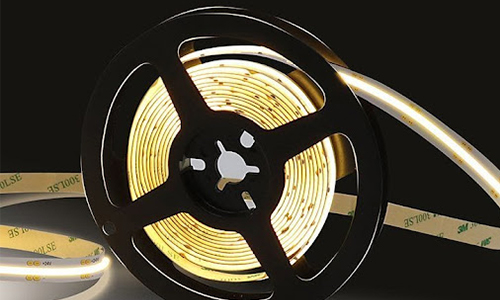 LED Strips have long been a popular DIY lighting solution for a variety of purposes. That’s why we’re so excited about the COB LED strips, the newest LED Strip technology. If you’re already familiar with strip lighting and want to learn more about how COB strips improve the world of LED lighting, keep reading!

What Is A COB LED?

COB light strip stands for Chip on Board in the LED world, and it simply implies that the LED die is packaged directly on the circuit board (PCB). On flexible strip lights, the ‘Chip on Board’ LED is also known as a flip-chip.

In comparison to its predecessors, the COB LED strip produces brighter light levels with a more uniform appearance. COB technology improves light dispersion, which eliminates the dark and bright patches caused by narrow beam fittings. Furthermore, COB LEDs are more reliable and have a longer lifespan than SMD LEDs.immould博客话题补充

How is COB LED Strip Made?

LED strip light manufacturers Elstar produces LED Strip lights that are made with the same high-quality PCB as their other LED Flex Strip lights. The flip-chip LEDs are then positioned side by side down the middle of the strip light, so tightly that each meter of strip light has 512 LEDs! After a phosphor layer is applied to the LEDs, the strips are complete. This helps to regulate the color temperature while also providing protection for the tiny flip-chip LEDs underneath.

Some of the benefits of using COB LED light strips include:

No LED Hotspots, even in close spaces!

The hotspots that run the length of a typical LED strip are one of the most common complaints. A hotspot is a name for the brighter portions of a fixture or strip where the source of the light can be seen plainly. When light appears to be a smooth source of light rather than a splotchy jumble, it is far more inviting and appealing.

The larger sized diodes in 5050 SMD Flex Strips are packed close enough together that the light is spread out and consistent on the surface being illuminated from a distance, but if the lights are too close to the surface of the strips, the hotspots are an eyesore that the human eye cannot ignore.

It would be difficult to find any hotspots on the COB light design with 512 LEDs/M. From start to finish, the strip emits a smooth, continuous light. The uniform light has no black areas and is significantly more appealing to the human eye, emitting a consistent light even in cramped spaces. In fact, the only way to see hotspots is to look at the back of the strip, where the individually placed flip-chip LEDs are easier to view.

Only by dimming the strips to roughly 5% light output will you be able to view the individual LEDs. COB Flex Strips are therefore appropriate for applications in which:

The COB LED technology produces a considerably brighter light than before! These are even brighter than the high-density strips at 1400 Lumens/meter. Because flip-chip LEDs are not encased in a plastic holder like SMD LEDs, they emit a brilliant, constant light from a broader angle. This allows them to generate light from the sides, which spreads out 180 degrees out from the strip. A wider light angle offers more light for you, which is vital for brightness in the long term!

Because of the reduced diode size and uniform weight distribution, these custom LED lights are substantially more flexible than conventional flexible strips. Because the diodes are so small and closely spaced, any location on the strip is identical to the next.

The homogeneity makes it simple to install strips without having to account for a 5050 SMD LED protruding where it isn’t needed. They will be easier to squeeze into small spaces and maneuver around corners in your application because of their increased flexibility.

Because the brightest COB LED is affixed directly to the flexible PCB board, they are also considerably better at spreading heat. This allows them to transfer heat from the light source to the PCB rather than keeping it all in the light source itself. The LEDs’ lifetime is considerably increased as a result of the lower thermal resistance in the high-density circuit.

If you have higher color reduction requirements and want the light to better restore the color of the object itself, making it look more realistic and eye-catching, you should use Elstar’s high CRI COB LED strips, because they have a higher color rendering index of over 90 as compared to SMD LED strips, which have a color rendering index of about 80.

If you’ve been paying attention, the benefits of COB LED Strips should be obvious, so let’s go into some of the details regarding this strip. Much of this may seem similar if you are experienced with LED strips, but there are a few variations with this strip, so it is a good idea to read the recommendations below before working with COB Strip Lights.

The COB strips are powered by 24VDC. Our other flex strips are 12VDC powered, thus this is a departure from the norm. With so many diodes crammed into the circuit, extra voltage is required. Please keep in mind that these strips require 24V input at all times. Fortunately, we have a large selection of 24V power supplies in a variety of styles:

Aside from the increased input voltage, there is another advantage. With the COB Flex Strips, longer runs are possible. They can be connected for as long as two full reels (32.8 ft.) end to end! This simplifies applications that require long straight runs. If you need more than 32.8ft, remember to connect your LED Strips in parallel to avoid voltage drop.

There will be a substantial difference in the quality of light generated by COB LED lights and SMD LED lights. This is primarily due to the fact that they each use different numbers of diodes, which influence the brightness and range of light.

When it comes to SMD, the resulting light has a glare to it and is best employed as a point light. This is due to the light being produced as a result of many light sources being attached.

COB, on the other hand, will emit a uniform and glare-free light. It produces a light beam that is homogeneous and easy to modify. This is primarily because of its wide-angle beam, which makes it a better light source.

The COB LED Strip is the most recent technology to hit the market, and it eliminates the issue of LED dots being visible. If regular LED strips aren’t cutting it for your project, consider COB LED Flex Strips. These LED strips are new to the market, but they will soon become typical in the LED Strip world. 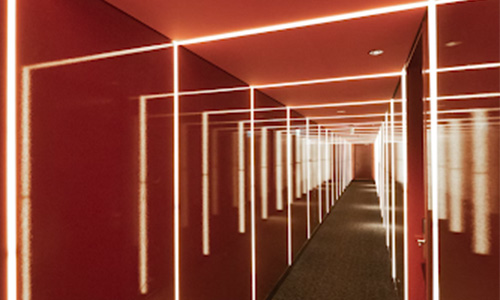 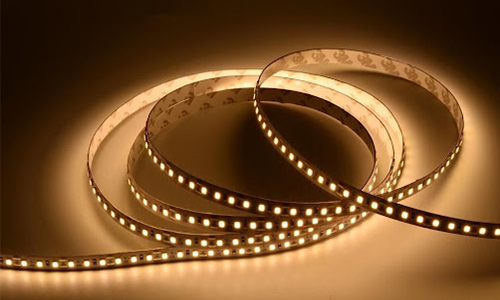 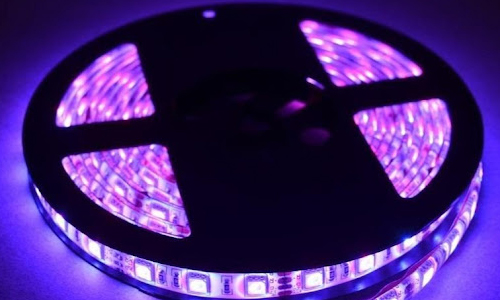 All You Need To Know About 5050 LED Strip Lights